Thank you! A BLINCYTO® (blinatumomab) representative will be in touch with you soon.

Due to the addition of bacteriostatic saline, 7-day bags of BLINCYTO® solution for infusion with preservative contain benzyl alcohol and are not recommended for use in any patients weighing < 22 kg.1 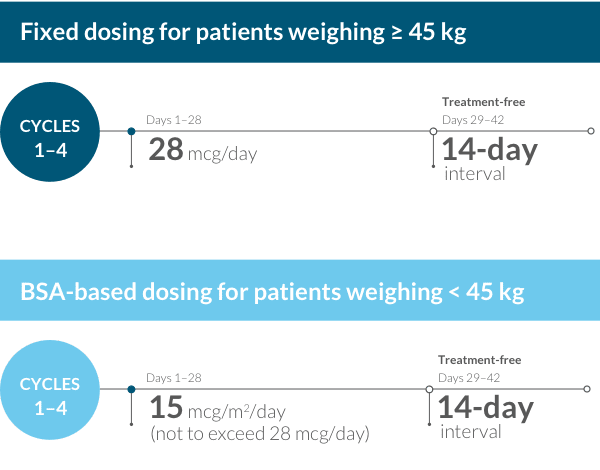 A single cycle of treatment of BLINCYTO® induction or consolidation consists of 28 days of continuous intravenous infusion followed by a 14-day treatment-free interval (42 days total).

It is very important that the instructions for preparation (including admixing) and administration provided in the full Prescribing Information are strictly followed to minimize medication errors (including underdose and overdose).

BLINCYTO® is contraindicated in patients with a known hypersensitivity to blinatumomab or to any component of the product formulation.

BLINCYTO® is a registered trademark of Amgen Inc.